Message to the Young People from Eddie Vetter 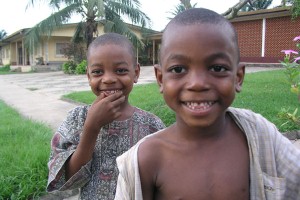 Hi, all you younger generation,

Thanks for the encouraging comments that you are posting for us, here in this far away part of the world. We need your prayers, and we need to hear and know that despite the bleak picture you hear about, you are standing behind us. Yes, it is a daily struggle to keep Palmgrove going with the basic necessities like food, drinking water, toilets that flush and showers that run etc. One must however realize, that this is a third world country, and half of our world lives with this as standard. Therefore as Christians, we want to follow the commandments of Jesus, Matthew 28:19,20, “Go therefore and make disciples of all the nations baptizing in the name of the Father and of the Son and of the Holy Spirit. Teaching them to observe all things that I have commanded you and lo, I am with you always even to the end of the age.”

This challenge will be upon us from generation to generation. BUT, WE WANT SUCCESS NOW! Success? To what point? In our own eyes, or God’s eyes? How do we measure it? Yes, the picture in Palmgrove is bleak at the moment. The last time Judith and I were here, was in 2000, from then to now, there has been a lot of deterioration. One assumes a lot of it was from a lack of funds, and also because of a lack of ambition and leadership in organizing projects and repair work. With zero income at the present time, we simply have to depend on the kind, open hearts from our Brethren in Canada and the US. After two weeks of spending a lot of our time doing ministerial work, Paul Vetter and I haven’t had a lot of time to work on repairs. Although we did get some important repairs done. Everyday we are trying to prioritize and make our money stretch, but somehow it keeps running out. After our two weeks of stay, one can sense that the Palmgrove people are hopeful again and keep saying that Palmgrove will now get better again. Even young people have been encouraging us by saying, “We need more such sermons to shake us.” The Easter story has many good examples which we can use in this time, to help with the present struggles we have been having in Palmgrove. For now we’ll keep on planting seeds, even though, like in our western world, not all fall on good soil, it’s all part of building God’s Kingdom.

God Bless you all, Edward

Hello Eddie Vetter and all the others.

The younger generations can use these message as part of a sermon too, i for one appreciate hearing how you are doing in Palmgrove. I believe that we have so much to be thankful for here in North America. May God strengthen you as you work to strengthen His church.

Yes, Eddy Vetter, we do not realize how good and blest we have it here, we take it for granted because it has always been this way for us. Your blogs, and Lance’s, Talitha’s, etc, are a very good way of reminding and showing us how much we have to appreciate and thank God for! I don’t know if you realize how many people in all the colonies read and look forward to these blogs. Very many, i assure you!! Keep us informed, we look forward to every one!

Ed. V. you will be glad to hear that Pepper is still here….:D….we are putting up with him yet!

Eddy V, thanks for reminding us, what is really is important .We all to often forget the two most important commandments .You should love the Lord your God with all your heart, with all your soul, and all your mind, and you should love you neighbor as yourself. Helping our bothers and sisters in Palmgrove should be the fist most important thing, on our mind, spiritually and materially. Eddie v ,you have all kinds of support here at home keep up the good work, with God’s wisdom

Eddie Vetter, thank you for caring enough to share with us young people! We appreciate your openness and honesty more than anything. May God be with you always! You are in our prayers.

You can be assured Edddy Vetter that we stand one hundred percent behind you here. I couldn’t imagine the patience you must have, with the people and the situation. That you you want success now but it takes time. “Where two or three are gathered in His name He will be there”. Keep on building….

Greetings Across those many miles that seperate us, I want to say a special thank you for the Faithful updates on the progress in palmgroove, They are Greatly appriceated and are read by both young and old, Keep in mind that the efforts u put into writing these updates are not in vain, and we keep on looking forward to more, May God Bless u all and keep u in his loving arms

A big Hello to brothers and sisters in a faraway land
I hope this reaches you all in good faith and health. May you always feel His love working in and among you, warming the coldest of hearts and creating a desire to live but for Him. Keep working the soil. I look forward to all your posts and enjoy the pictures a lot.

Onlookers,
In regard to not only this but all of our discussions in general:
Please, please refrain from commenting on here and amongst yourself how bad anyone is. Is it not better to seek out and discuss the good, and lovingly admonish and pray for betterment? We have more to gain by thinking and expecting the best of a person, than we stand to lose by thinking the worst.
When looking at a person’s deeds, it is easy to point out where he may have failed (in our eyes), but there is one thing we should remember, we have no way of looking into another person’s heart, and thus can’t know their intentions; that is for God alone to do.
Maybe we see what has been going on the last while as a failure, but surely we believe that everything!! is going according to God’s predestined plan. Surely His finger is in the workings of this also! Did we see such an outright interest among our youth (and others) in Palmgrove before?

I don’t think this area was meant to be a discussion about a person. Much rather discuss ideas; or even things… It is not a trifling matter, to rationalize what is right or wrong when all you have is gossip to base yourself upon. All you’re doing, wether you realize it or not, is creating more fodder for others to chew on.

ps. by the way, did you know a picture is worth a thousand words? (hint..more pics) 🙂

Dear Eddie Vetter and all the rest, with all the prayers going up on your behalf and encouragement you are receiving things are bound to turn out positively. WE can already see this happening! Maybe not always as we anticipate, but never the less according to His perfect will and plan!! Thanks for the reports, they are a good reminder for us to be more “zufrieden” and thankful!! Keep up the faith!! We will cotinue to support you by the most powerful means possible:PRAYER!!

We haven’t forgotten you! You’re constantly in our thoughts and in our hearts.
Everything’s running smoothly in school, just thought you might want to know.
Thanks for your post, it’s wonderful to hear from you, no matter what.

Hi Eddie Vetter and Judy Basel. Just want to let you know that it’s nice to hear from you. We wish you well, and the Lord be your strength.

To those administering the site: It would be nice if we could be able to sometimes send a private email message to our friends in Palmgrove. The problem is I haven’t been able to find a contact list. Is there a contact list on this site? If not, perhaps you could include one.

Hello Eddy Vetter and all,
Your updates are usually the first thing i check when on the computer. I print them out and pass them from house to house. Be assured you are in many prayers, and your efforts are not invain. You are an encouragment!!!!

Hi Eddie Vetter! Is it okay if we ask questions on hear? Or should we do it some other way? I know many of us have the same ones. Since your familiar with Nigeria it would be great hearing it directly from you and because your a Prediger. How could we do this so it will benifit all of us? Willing to learn.

hello talitha and the rest, we hope you have fun and God bless you on your journey.
we are all so proud of you