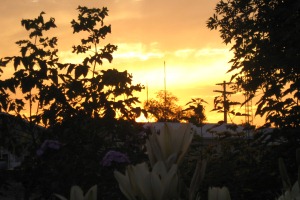 While reading the tragic, blood-curdling accounts of Canada’s Residential Schools, I was struck once again by how torturous it must have been for parents during that period — where a dreadful decision by powerful government and church leaders forcibly separated children from families, effectively destroying a people’s future, in the name of assimilating them into an enemy culture.

My mind wandered to Europe and some dismal chapters of my own Hutterite history involving a similar decision, but with a drastically different outcome. What if eighteenth-century imperial powers had succeeded in taking our children? How would our story have changed?

In 1767 with Maria Theresia head of the Austro-Hungarian Empire persecuted the Hutterites because they insisted on living in Christian community of goods and refused to pay war taxes or swear oaths. Concerted efforts were made to eradicate Anabaptism in Transylvania: Empress Theresia wanted a Roman Catholic Austria; even the Lutheran Church was not acceptable. When torture, imprisonment and book burning couldn’t dissuade the Hutterites, Delphini, a Jesuit planned to abduct Hutterite children, to place them in Catholic orphanages, and imprison the adults.

Before this dreadful plan could be realized, word reached the Hutterite community, they decided to escape. On a fateful October morning they fled south over the Carpathian Mountains to Wallachia (Rumania). “It was a pitiable sight: the Brothers, Sisters, boys and girls each with staff in hand and bundle on back, some with a small child on top of the bundle. …So we set out in the name of God, leaving our well-built houses and much of our household goods behind, unsold. …Everything had been prepared in the suburbs of Hermanstadt. Beds stood ready for the children. But God brought Delphini’s plans to nothing, for the net he had spread to trap us was torn, and when he came to take us, we were already out of the country.” (The Chronicle of the Hutterian Brethren Vol. II, Crystal Springs Colony)

More than two hundred years later, Hutterite communities dot the Canadian and Dakotan prairies including British Columbia, Washington, Montana and Oregon. The Hutterites contribute to the agriculture industry, producing eggs, hogs, poultry, beef, and a variety of crops. Additionally, some colonies have diversified by manufacturing a variety of products including ventilating systems, cabinets and rafters.

When celebrating Easter, I humbly pondered how far we’ve come as a people. Our lives are enriched by thriving communities and the freedom to celebrate these Lenten Holy Days peacefully. Whereas our forefathers suffered persecution, fled from country to country and at times were compelled to gather secretly in the woods to partake of the Lord’s Supper,

If it had not been the Lord who was on our side… then they had swallowed us up quick, when their wrath was kindled against us. Blessed is the Lord who hath not given us as a prey to their teeth. Psalm 124:2-6.

Thanks Linda. When it seems like the tempest is going to capsize us and our Lord is sleeping we need to know that He is ever watching over us.

What a fascinating story! I had never heard of the Hutterites until this week when I was doing research for my sermon on Acts 4:32-35. I was reading an article written by Rita Halteman Finger that mentioned you as a modern day example of those who live in community and “hold all things in common.” I am fascinated and inspired by your way of life. Keep bearing witness to our Lord. May God bless your website and all your ministries.

What an interesting story and horrifying perscecution. I’ve never heard of the Hutterites until this week on National Geographic tv. God be with you.

Linda, It was refreshing to read your blog this morning. At the time I saw it I was researching the Hutterite branch of the Anabaptist history. I am not an Anabaptist, I was raised Catholic and accepted the Lord in a Baptist church when I was 18. I married a Christian girl whose roots were Mennonite. (Bernese Anabaptist)

About 14 years ago I began researching her Christian roots. Finding myself back in 1652 in the little village of Aargau, Switzerland., I began there and I was on my way. Since that time I have written a family history- genealogy (Legacy of Light) ,studied the Anabaptist history of this side of the family and tried to understand why there is so little known about such a rich history. Sordid yet inspiring.

I now have a rather comprehensive library of old Mennonite,Amish, and Schwenkfelder, books for refrence and study. Right now I am reading John Horsch’s book “The Hutterian Bretheran – 1528 1931. It was gifted to Andrew Wurz of Magrath, Alta many, many years ago.

What perplexes me is after the persecution stopped, why the story has been hidden for so long.. I realize that constant persecution, the many departures in the middle of the night, confiscations of properties and possessions of belongings prevented such labors, but what about the 19th century? I have wondered why many of the German language books have not been translated and placed in the market place for Christians to understand the entire Reformation story and the testimony of a Godly people persecuted by the sinful, corrupt church systems of that day.

Thanks, David. Have you read the Chronicle of the Hutterian Brethren? It’s available on Amazon. Other books you might enjoy are Pacifists in Chains, by Duane C. S. Stolzfus and Hutterite CO’s in WWI. Both on Amazon as well.