“Where Are You From?” 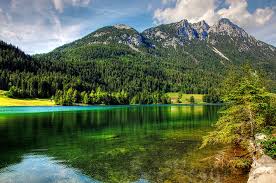 As an opening topic for my blog, I asked some friends,  “What are some commonly asked questions none-Hutterites ask Hutterites?” I got some important, and yes, predictable responses, but by far the most interesting was, “Where are you from?” Where am I from? Seeing we are dressed differently, and speak a foreign language, I always imagine a faraway, improbable country people expect when they ask us, “Where are you from?” But then we have to answer, “I live near Rochester,” or “near Brandon,” near Sioux Falls, or Winnipeg. That’s actually just down the road from most of these inquisitors. They appear slightly disappointed. There must be a backstory. The cultural origins of your neighbors, your business partner, the conservatively-dressed couple you encountered at the clinic. They have the most intriguing backstory. This is their story.

We can tell you we come from Austria, Poland and Slovakia. While for the vast majority of Hutterites, our genetic ancestors stem from these three areas, I’ve noticed that the most common answer is immediately “Austria.”  To support the spiritual heritage of the Austrians, Poles, Slovaks, we need to loop back a little further, to Moravia.

Moravia is a region in the modern-day Czech Republic. Today this region is known for its vineyards, winemaking, and Gothic castle ruins that haunt the countryside. It is the year 1528, and the continent is engulfed in a storm of religious revolution, wars, and massive population displacement. This is where a tiny dissident band of radical Anabaptist reformers linked, and running against popular European values, decided to follow Jesus’ example in the highest expression of love, and form a community of goods, or a Gütergemeinschaft. It is their ideological interpretation of Acts 2:42. In a symbolic deed, the dissidents laid all of their possessions on a sheet in the midst of their circle. I imagine they resolutely looked one another in the eye, and bowed, once and for all. Communion made literal.

The ensuing decades saw for the fledgling group several initial leaders who misused their position of authority, awe-inspiring courage in the face of political and religious persecution, dissension and perseverance, and constant migration.

Then dawned the Golden Period in Moravia, 1565 through 1592, set a time of political tranquility. The Golden Period saw exceptionally capable and visionary leaders, avid mission work, and the perfecting of almost legendary craftsmanship. Among the skills that the Hutterites perfected, they were famous for a type of painted pottery called faience. In this time they also established a primary education system that was considered so outstanding for the time and place that neighboring nobles enrolled their young in these schools.

The Golden Period grinds to a halt in 1593, marking the outbreak of the Turkish War. A shadow of night indeed has fallen. Moravia is a zone where two armies, the Turks, and that of the Holy Roman Empire, would pass through, raiding the communities’ food supplies, unleashing reckless violence. The war lasts thirteen years, and by the end, entire communities are burned to the ground, numerous murders and hundreds taken captive.

In 1618 the Thirty Year War initiates; a fight between Protestant and Catholic States to enforce their creed in dominance. This war would bring much darker persecution and loss for the now depleted Hutterites. This is also when a wave of the Black Plague washed over the continent.

In 1622, a Moravian Cardinal forcibly exiled the remaining Hutterites, whereupon they entered and rebuilt yet again, in Slovakia. Even during this period of decay and disillusionment, all is not lost. A beacon of light; a young, proliferate leader is elected, Andreas Ehrenpreis. So charismatic is he that even now, he was able to reinstate some semblance of the mission activity that had blossomed in the Golden Period.

Following a particularly savage bout of Catholic persecution in Slovakia, and the death of Ehrenpreise, the believers gave up Gütergemeinschaft, but still retaining some communal practices. Their mode of worship also remained distinctly Hutterite. By 1781, all those who had not recanted and succumbed to Catholicism, had left and taken up residence in a new place; Transylvania.

We circle back to the Moravians, who were exiled by the stone- hearted Cardinal, in 1621.

A Prince of Transylvania invites the refugees to resettle in his country, where they prosper near a city called Alwinz. The initial decades saw peace, economic success until another religious war (1658-1661) decimates their membership from around a thousand down to 50 demoralized survivors. Gütergemeinschaft is abandoned in 1690. Until 1755, they retained the distinctly Hutterite worship style. The seeds are kept alive.

At this point, we reach a most unlikely and seemingly random coincidence, or perhaps, the hand of God.

We take up another thread. We step into a province in the south of Austria, bordering Italy, known as Carinthia. Carinthia is a breathtaking landscape. Home to icy peaks of the Austrian Alps, dizzying valleys and dappled by a myriad of gleaming alpine lakes. From the province, a rebellious Lutheran faction is being deported by the Austrian queen to a remote corner of her empire, where their faith won’t be a threat. For now. They are being ousted to Transylvania, within a days travel of the Alwinz Hutterites. Up to this day, many Hutterites carry a surname that can be traced to Carinthia, Austria. Hofer. Waldner. Kleinsasser. Glanzer. Wurtz.

Scattered across near-by towns, these two factions came into skin contact. Through discussion and literature, two of the Austrians became convicted that communal living was requisite of Christians. It is written that the entire group merged with the Hutterite faith, and united, they reestablished Gütergemeinschaft, which by now had lain dormant for about six decades.

This period enjoyed several fleeting years of peace and growth, until again they were displaced by religious intolerance. This time, they fled to the region of Wallachia, to the south. They would illegally scale the Carpathian mountains, in a daring journey where many discover they can sleep while walking.

In yet another brief settling, they reside near the capitol city of Romania. A military conflict over the very ground they inhabited broke out, making necessary the last of the European migrations.

It is the year 1770. This time, they headed north, to Ukraine, domain of imperial Russia. After settlement, a Hutterite ambassador en-route Transylvania brought home fresh converts from Poland and Prussia. All modern Hutterites by the names of Decker and Gross hail from these families. Another group brought back from Slovakia is the ancestors of the Walter, Wollmans, Tchetters and Mändels.

In the greatest migration yet, political circumstances in 1871 compelled the communitarians to explore the possibility of migrating to the New World. The total resettlement to the American Midwest was complete in 1877.

“Where are you from?” admittedly stumps me a bit every time. My ancestors came from Austria. It recently struck me that the spiritual revitalization might never have taken place without the Austrians. Perhaps this is the reason why Hutterites respond by reflex that we come from Austria, regardless of his or her surname. Their story up until Ukraine is too heroic to ignore, and in Ukraine they lived long enough to be naturalized citizens. Again, on my shopping trips in Rochester, Minnesota, I live less than an hour from most people who ask me where I’m from, and I feel like I’m letting them down when I give the easy answer. I have the option of answering Austria, Ukraine, or just a short drive from here. In regards to our answer to this question, I think it’s essential that today’s Hutterites remember and revere the innumerable valiant oblations it cost our ascendents to get us here.

Hello, and thank you for writing this wonderful piece. I found it very interesting. I am a non-Hutterite, but am theologically inclined and trained, and I have a fascination with learning about those who may be different from me, as there are so many perspectives in the world. I appreciated the historical attention to detail and the prayerfulness that went into this article. After perusing this website just a bit, my curiosity has only grown, so thank you for that. God bless and keep you in all things.

What a wonderful piece. I’m glad I found this blog. Thank you for sharing the history of your church. I look forward to learning more through this site.
Thank you.